On this Veterans Day, we are thankful for our Kelley faculty members who have bravely served our country here at home and around the globe.

Mark Ippolito, senior lecturer in operations management, served in the US Air Force from January of 1970 through 1973. His primary duty assignments were at a B-52 base in northern Maine, where he served for two years, and he spent a year in Korea.

After graduating with his undergraduate degree in engineering, Nolan Taylor, clinical assistant professor of information systems, went on to serve nine years in the US Air Force, focusing on management of technical projects.

Charlotte Westerhaus-Renfrow, clinical assistant professor of business law and management, served in the US Air Force in the late 1970’s, working in the intelligence sector.

“I was 28 at the time I enlisted, had a successful career, and I wasn’t getting any younger,” he said. Pollitt was enlisted from 2003-2007, at which point he went to officer school and became a Lieutenant, serving in that role until the fall of 2013.

“My service in that time was always in or near Fort Wayne, IN,” he said. “However, there were over three years of active duty mixed into that timeline that took me to Iraq, Kuwait, Qatar, Germany and all over the United States. Enlisted, and as an officer, I maintained my service in logistics.” 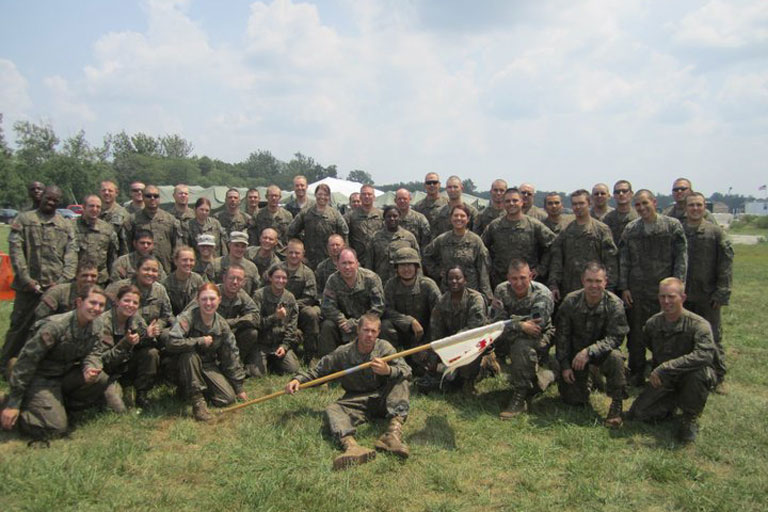 Pollitt says the most rewarding part of serving was the connection he gained with other veterans, whether knowing them personally or not.

“There’s a sacred bond between people that served in the military – an esprit de corps. It’s very hard to explain it, but it’s real.”

He says the management style he developed as a Commander remains with him in the lecture room.

“In the military, as an officer, you can’t micromanage. Otherwise, nothing will get done. I’m also known to get a little ‘passionate’ at times when I lecture,” he said.

As far as his business and military backgrounds, Pollitt says those experiences combine in three major areas: work ethic, management and communication.

“There’s no fear in communicating with any one individual or a crowd of thousands,” he said. “That has a lot to do with the over 150 international virtual and offline conference speaking opportunities I’ve done over the last nine years. In fact, during this year’s Veterans Day, I’m doing my very first keynote presentation in Moscow, Russia a few days after keynoting in Berlin, Germany.

“I manage employees just like I managed my soldiers – with respect, clear instructions and mentorship. As a team, I insist we let data (Intel) power our decisions. As long as the data looks good, I get out of my employees’ way,” he said. “In war, you can’t clock out at 5 p.m. You’re always working. War is, unfortunately, a lifestyle for the men and women who are called to serve – a really difficult and challenging lifestyle. There are no working hours. I spent most of my 12 months in Iraq working 18 to 20 hours every day. I don’t do that as a civilian, but I have no problem putting in extra time to accomplish company and professional goals.”