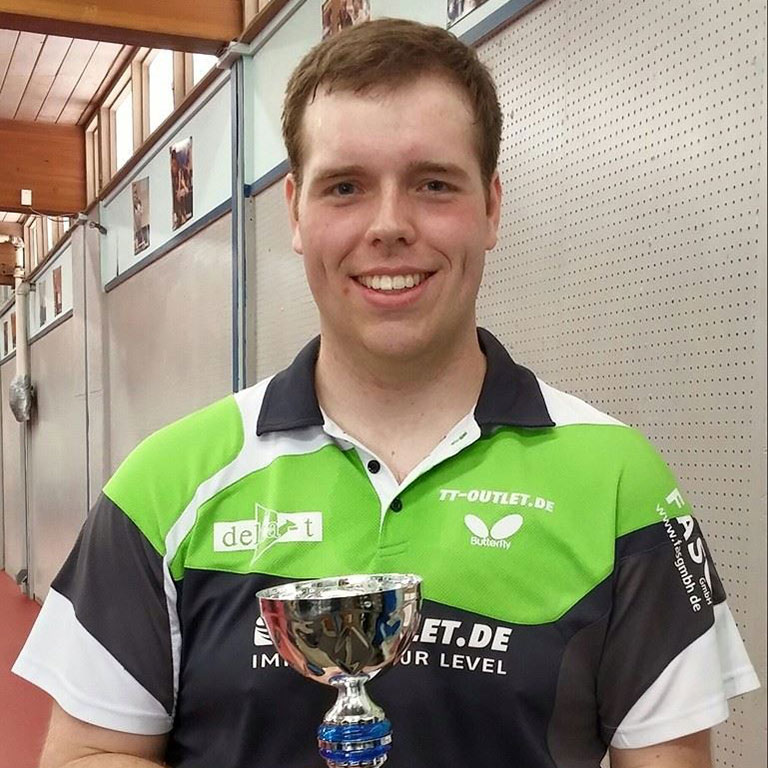 It was a letter jacket that may have sparked his interest—his father’s, actually.

Kelley School of Business accounting and international studies major Stephen Clyde says his dad grew up in Canada and played table tennis on the high school’s varsity team. He’d never seen his dad play, until their church in central Indiana started a league. It was that league that piqued Clyde’s interest.

“As a beginner, it didn’t go very well,” Clyde laughed. “I decided it was something I wanted to get good at, so I kept practicing, and eventually, I started playing in tournaments.”

At age 12, Clyde says he played in his first tournament, and he didn’t stop from there.

“I think people don’t realize how exciting and intense table tennis can be. A few of my friends from Kelley came to the tournament [recently], and afterwards, one guy in my group said it was the most excited he’d been at a sporting event in a long time,” said Clyde.

“In competitive-level table tennis, the ball can be traveling up to 100 miles an hour, spinning at 10,000 rpm. There’s a lot of spin, and I think that’s something that people don’t realize. When you play in the basement with friends, you don’t see that,” Clyde added.

After high school, Clyde was accepted as a direct admit to Kelley Indianapolis. He says he was able to defer enrollment for a year, so he could play one season of table tennis in a league in Germany. He also was in a German language school while there, which helped him with one of his minors: German.

When he got back to the states, Clyde started his fall semester at Kelley, and it was then he visited Ernst & Young with a class.

Clyde got an audit internship with Ernst & Young by interviewing through Kelley Indianapolis Career Services, and at the end, he says EY gave him a full-time offer.
“I just loved it there; I loved the whole experience of visiting them. That’s who I ended up getting the job offer from. Going clear back to that first semester, I always knew who I wanted to work with,” he said.

Are there any similarities between table tennis and the business world?

Perhaps, Clyde says, knowing how to work with people.

Stephen Clyde graduates in May from the Kelley School of Business, with majors in accounting and international studies and minors in German, criminal justice accounting, and Honors leadership.