23-year-old Jesse Coraggio has had a passion for music as long as he can remember, learning to play the guitar in fifth grade in Danville, Indiana.

He remembers the moment at the first concert he’d attended, when Brad Paisley came out to the lawn seats to play a couple songs – and looked right at him.

“He [Paisley] said, ‘When I used to go to concerts, at a theater about like this, I never sat any closer than you.’ Right then he looked straight at me, pointed and grinned,” said Coraggio.

As passionate as he was about country music, Coraggio says he decided to major in something else in college. He first enrolled at IUPUI as a biology major, planning to go to med school after undergrad. But it wasn’t more than three weeks later, he decided the med school route wasn’t for him. Coraggio was accepted into the Kelley School of Business at IUPUI, and he decided to get his degree in marketing. He says he initially had thought he would get into a family business, with plans to take it over shortly after graduating with his undergrad degree, but his pursuit of his passion in music would soon change that. He decided to combine music – and marketing.

“I knew there was a lot of marketing involved in music, and I thought – why don’t I give that a try? There’s a business side to music that is far beyond just performing or even writing music. I knew my degree from Kelley would translate well into my passion,” said Coraggio.

“I immediately fell in love with marketing,” he explained. “I had a blast in school, learning business and management. The professors were so supportive. Kelley has played a huge role in understanding how to market and how to utilize resources and my network.”

It was two years ago, Coraggio’s junior year in college, when he wrote a song for a friend who had lost his dad when his car was hit by a drunk driver. Called “My Last Words,” the song discusses what his friend would say to his dad if he had just five minutes to talk to him again.

“I had been tossing around this idea for a long time and couldn’t write past the first verse without crying, so I finally just asked my best friend, ‘If you had five more minutes to talk to your father, what would you say?’ After a period of tears, laughs and recalling memories, I knew we were onto something,” said Coraggio.

Since writing that song, Coraggio has been patient, waiting for the opportunity to share it with the world. He played at shows, recorded a demo version of the song, went to a song-writing seminar in Nashville where he played his song for dozens of other song-writers – and finally – got a call.

He had sent his demo to Larry Crane, who used to play guitar for John Mellencamp. Crane called him back.

“He said, ‘I listened to your song. I’ve called the producer, I’ve called my guys, and we are going to record this,’” said Coraggio, remembering. “I said – Do you have the right number? Crane laughed and said, ‘Man, I think you’ve got a country song.’”

Coraggio recorded the song in January of 2016, and after two music video opportunities fell through, over a year later, he finally found someone willing to produce the music video.

In the meantime, he graduated from the Kelley School in December of 2016, and landed a position as a marketing coordinator and secondary sales channel coordinator with an online retailer, Sincerely Hers. He also keeps busy as the music leader at a local church. 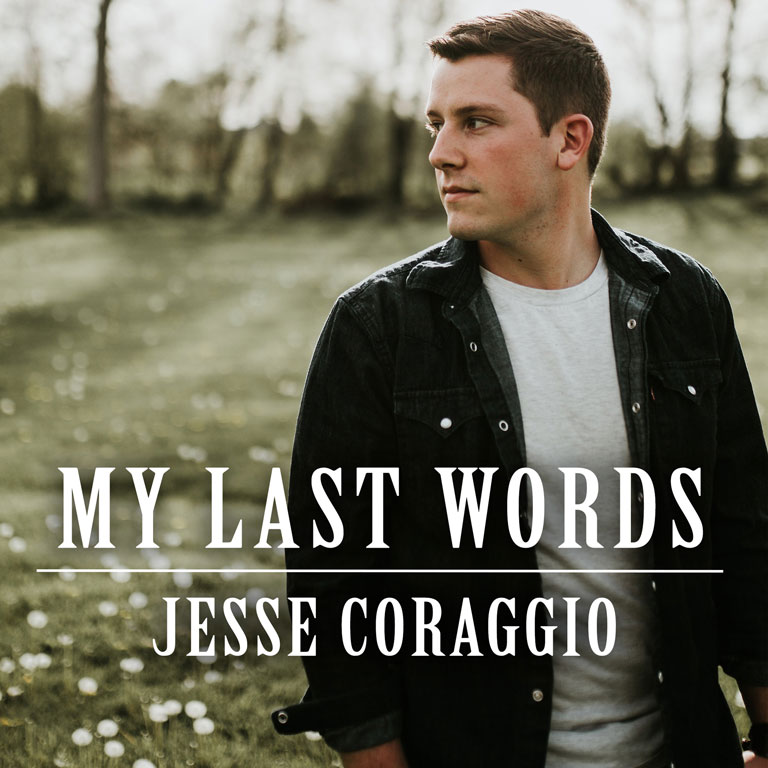 “My Last Words” debuted – fittingly – just before Father’s Day weekend. Beneath the song Coraggio
wrote on Facebook, “Life is so short, and you never know when the very words you speak will become your last. I pray this song touches anyone who has ever lost someone near and dear to their heart.”

“It’s amazing to see how God has pieced this together throughout my life and put this passion in my heart,” said Coraggio. “Just the amount of support we’ve received has been incredible. I never thought in a million years something like this would happen. It all started with my friend and his family being willing to share their story as well.”

Coraggio is hoping this momentum is just beginning, as he looks to put more music out and find new ways to market it.

Years later, Coraggio looks back at that impressionable moment in high school when Brad Paisley pointed at him, as if to encourage him to pursue his dreams.

“That moment sparked a fire within me to pursue my heart, and I want to encourage everyone to chase their dreams. It’s easy to get caught up in the same ol’ story that I’m going to get a degree and find a job doing something that I might not even have interest in. You have a desire and passion in your heart for a reason. Step up and step out,” he says.