Dr. Cheryl Wolfe is one of the doctors who went to Cuba with the Kelley School Business of Medicine Physician MBA Program in 2017 as part of the Global Healthcare Immersion course. These are her reflections from the experience. 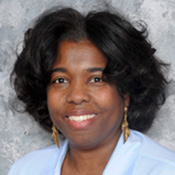 As my plane landed in Havana, I clapped and cheered with my fellow passengers. Most of us had never traveled to Cuba, but we were eager to experience the tastes and textures of this alluring country. We exited the plane and took a bus to the airport’s arrivals terminal. Once past the surprisingly smooth Customs process, I exchanged my Euros for Cuban Convertible Pesos (CUCs), negotiated my taxi fare and was off to the Hotel Nacional, the most famous hotel in Havana.

My room was not ready when I arrived, so I enjoyed a Mojito on the hotel veranda while waiting. “Trenta minutos mas,” the desk clerk had assured me, but thirty minutes soon stretched to an hour and then beyond. Tired from my flight, I wanted to quickly check-in so I could wind down. Instead, my son, who had arrived in Cuba earlier, suggested I could relax in his vacation rental at an apartment near the hotel. Once I arrived, I meet with the apartment’s owner, Alfredo.

Alfredo is a 71 year old, longtime resident of his two bedroom apartment.

One of the rooms was regularly rented out to travelers, in this case, my son. Alfredo was the most gracious host, immediately offering me hot mint tea to sooth my soul, and led me out to his balcony. As I sat there, absorbing the rhythm of Havana, I spoke to Alfredo about his experience with the Cuban healthcare system. With my son acting as translator, Alfredo told me of his heart disease, epilepsy and hypertension. He spoke about his fantastic doctor, Vanessa, and the free care he receives at the local neurological clinic.

“I pay for nothing, and my doctors are all very good.” Alfredo then brought out several packets of the medicine he takes daily and states he must pay for his medication.

“They (the pills) are very expensive,” he explains with a smile, “but I manage.” He gave me no more details.

The group had a very full day, starting with open conversations with Dr. Marcelino Feal and urban planner Miguel Coyula.

He stated that the Cuban universal healthcare system is based on preventive and primary care medicine.

The first layer – consultario – is the primary care physician who lives in the community and provides care to those community members. Patients receive care in the neighborhood clinic, or sometimes their doctor may call on them in their homes. Patients who cannot be taken care of in their communities are then sent to the hospital or the second level of care.

There are hospitals that focus on generalized care and hospitals specifically for maternal care (including maternal and gynecologic care) and pediatrics (care for children age 1 and older).

There are highly specialized hospitals that focus of the most complex of cases in all fields. These are the level three hospitals, and they are organized by specialty—diabetes care, cardiovascular care, etc.

Finally, there are public health sections that aim to assist patients who are blind and deaf as well as those with other disabilities.

The second portion of the morning lectures centered around the architectural styles of Cuba, from Cuban Baroque to the neoclassical, to the fat cows period and the modern urban period of the late 1950s, to the period after the revolution.

Mr. Coyula’s witty sense of humor was engaging and thought-provoking, and he ended with the quip, ”Intelligence has its limits, ignorance does not.”

After enjoying a traditional Cuban meal at our hotel, the Hotel Nacional, we embarked on a walking tour of Habana Vieja, or Old Havana. We began looking at well preserved historic buildings. This was followed by a stroll through cobbled streets and a few modern shops that appeared out of place in these very old streets.

As we moved throughout the town, we started to notice the decay of the area. The contrast of dilapidated buildings almost hugging the reconstructed buildings was unsettling. Many dwellings did not appear to have electricity and a water source was questionable. One single mother showed us her 262 square foot home, so we would know of her struggles to house her family of five.

It felt a little voyeuristic as I somberly move through her quarters that were smaller than my bathroom, but the 20 CUCs that I pressed in her hand was equal her monthly wages, and all of my “first world” problems melted away.

We continued our journey into the healthcare system of Cuba.

We visited a neighborhood clinic which, along with the physician, represents the first level of care for patients. The clinic is sparse and dated but the staff demonstrates an unsurpassed passion about patient care. After having lunch at a government restaurant, we traveled by bus to the Latin American Medical School or ELAM. This school only admits students from other countries—currently there are students from about 120 countries across the globe with 65 of those students from the U.S.

Since all classes are taught in Spanish, students take a semester-long, intensive Spanish course that includes medical terminology prior to beginning the six year program.

The most surprising thing about medial education at ELAM is that it is free—no tuition, no room and board—-everything is free. Why, might one ask, is Cuba providing free medical school education to foreign students, especially when these students will go back to their countries to practice medicine?

The message that we got from the professor and the students that we spoke with, is that students can take the preventive and primary care skills that they learn and apply them to the medically underserved populations in their own communities. Since admission preference is given to those students who express a desire to practice in underserved areas, this philosophy makes sense.

I had the opportunity to speak with two students, one from southern California and one from Milwaukee, Wisconsin. Both had nothing but praise for their education at this juncture, despite the crowded dorms and hot water rationed to three times per day. They spoke of the variety of health clinics they would receive training from and the collaborative relationships they had with their students and instructions.

Best of all, they receive a free medical education, obtain fluency in a foreign language and will have the skills to allow them to practice community-based medicine. All in all, a great bargain!

We were supposed to visit one of the Cuban research centers, the Center for Genetic Engineering and Biotechnology (CIGB), but as we were learning, things to not always go as planned in Cuba.

We did get an enlightening overview of the contributions Cuba has made in the development of recombinant Hepatitis B vaccine, treatment of diabetic foot decreasing the risk for amputation and a vaccine for the management of stage IV lung cancer.

After the lecture, we took our tour bus to Hermanos Ameijeiras Hospital, the largest hospital in Havana. This Level 3 hospital handles the most complex medical, surgical and oncology patients. A panel of physicians discussed their specialties and the roles they had in managing the hospital operations.

As physicians in the U.S. healthcare system where physicians are left out of the equation in management decisions, it was refreshing to hear the Cuban doctors describe their efforts to manage their hospital.

Our day ended with a lunch at a beautiful paladar. Paladars are private restaurants (non-government owned) located in former homes in the city. The food at the paladars tends to be higher quality and quite delicious.

Another day where things did not go quite as planned. The panel of physicians that was supposed to meet at our hotel, instead met us for lunch later in the day.

We were treated to a home art gallery exploration where the owner, Edel Bordon Mirabal, discussed history as an artist in Cuban, his marriage to his former art class student and his efforts to sell art in the United States. Several members of our group purchased artwork from him so a good day was had by all.

We traveled to lunch at another paladar, Paladar Atelier, another beautiful and eclectic private restaurant.

There, we had one-on-one discussions with physicians in Cuba. The physician at our table, Dr. Babyle’Medina Vega, is a 33-year-old trauma surgeon.

She was one of four medical students to receive a surgery residency spot in her year and she is one of only a few female surgeons. Dr. Vega was very engaging and honest about her work. On a typical day she treats stab wounds, accident victims and gunshot wounds (military personnel—Cuban civilians don’t own guns.) Hours are long and surgeons make the equivalent of $60-$80 USD per Month.

Earlier, we learned the meaning of “la lucha,” or the fight/struggle to survive.

Most Cubans struggle daily to make ends meet. Many have at least one other job—we heard stories of an attorney with a hair salon as her la lucha, making more money in one day as a hair stylist that she did in one month as a lawyer. Another professional worked as a bell hop in a hotel. When I asked Dr. Vega what her la lucha was, she smiled and said, “my boyfriend…he makes sure I don’t have to work an extra job.” Definitely a smart woman.

Today was a day filled with the gamut of activities—-from a sex clinic to an elderly care facility.

They have a journal that publishes Cuban research in English to provide global exposure for these individuals. She relayed her story as an American journalist who has been in Cuba for 30 years on a temporary visa. Ms. Reed provided additional insight on the Cuban healthcare system based her personal experience, including the fact that it is illegal for U.S. citizens to get preventive healthcare in Cuba.

We went to the National Center for Sex Education (CENESEX) where we viewed some very innovative methods to prevent the transmission of sexually transmitted infections, especially HIV.

We also saw a focus on the promotion of LGBT rights in the Cuban community. The center uses community members to help promote safe sex practices in all populations and catchy marketing tactics to reach a broader audience.

At the close of our day, we were treated to a lively performance at the senior center.

The facility has a dual function: rehab, as well as a respite center. Patients have three meals and three snacks daily, and they stay for about 8 hours a day.

The oldest patient, age 92, was definitely the feistiest during the performance, and her personality lit up the area as she pranced around in her bright orange and pink outfit. We all want to be like her when we grow up.