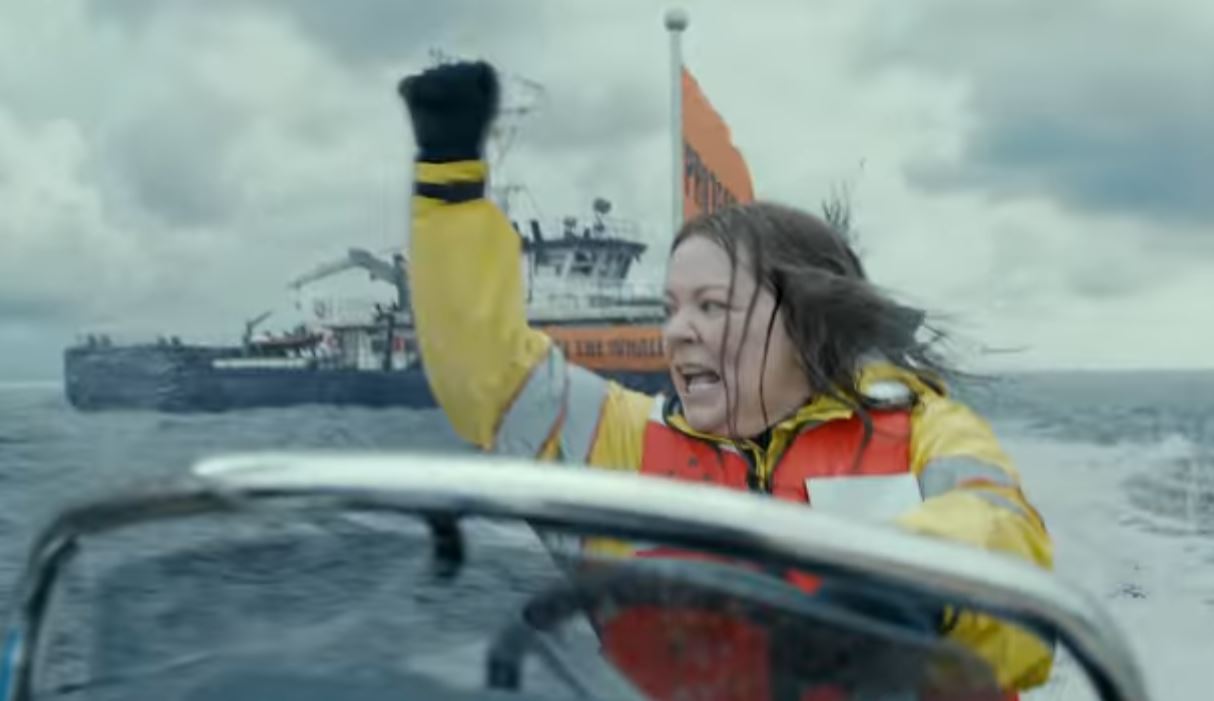 Super Bowl 51 didn’t disappoint: Whether you were watching for the football (and kept it on past halftime to see that crazy overtime finish), the commercials, the halftime show or simply because you wanted to partake in the party atmosphere of it all – there seemed to be a little something for everyone.

If you’re at work today or if you’re one of the lucky ones to be able to take the Monday after the Super Bowl off (“Smunday,” as Kraft Heinz would like to call it), we thought we’d share what a few of our IU Kelley School of Business Indianapolis professors thought when it came to the Super Bowl ads.

The Super Bowl usually brings a bunch of funny ads and a few serious ones. We expect to see big spends (think multiple buys and/or long ads) from beers, movies, cars and snack foods (think Doritos and Snickers). 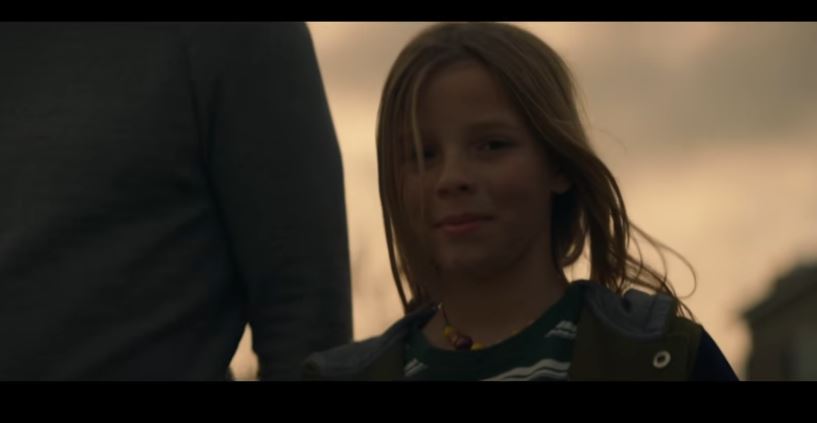 Over the last decade, there’s been an ongoing battle between Bud Light and Doritos to see who can get the top spot on the USA Today Ad Meter. Doritos has done that through consumer-generated ads with a big contest where consumers create the ads. Bud Light typically uses professionals and a lot of humor. This Super Bowl, Doritos was noticeably absent.

Knowing we weren’t going to see Doritos, I wondered what brand(s) would fill the gap. So, I casually watched the Super Bowl watchers to see what they liked.

Here’s my list of favorites – one funny and two serious.

Numbers two and three hit on themes that are important to me personally, and they did it in a way that says, “We should all be proud to support this.” But — they have the potential to be highly divisive.

1. My all-time favorite matched the rest of the country, according to the USA Today Ad Meter – Kia’s Hero’s Journey featuring Melissa McCarthy as an eco-warrior. It worked because Melissa McCarthy is funny, and she was doing the most outrageous activities to save some part of the natural world. That’s a recipe for fun. As a marketing professor, I appreciated how Kia brought that humor back to the brand’s benefit – from eco-warrior to an eco-hybrid. You don’t have to be a hero to help the earth, just drive a car that does that. Well done!

2. Audi shows that it has the pulse of this nation with its “Daughter” ad. How does a man, or anyone, explain to a young girl today that her work effort is worth less than a man’s? The gender pay disparity simply has no reasonable explanation.

3. Budweiser’s “Born the Hard Way” also has a compelling message, showing how proud immigrants have been to come to the United States and make a contribution. No matter whether you like craft beer, Anheuser-Busch still has the best selling beer brands in the US. And what I found interesting about this message is that Anheuser-Busch has actually returned to its roots since InBev, a Dutch company, bought it several years ago. So, the real story is from immigrants to an American giant and now back to a foreign nation.

4. I cannot overlook one ad that had everyone near me laughing out loud – Bai’s “Jentleman.” Who doesn’t love the way Christopher Walken delivers a line, and the background with NSync’s Bye-Bye-Bye was intended to make the brand memorable. This ad would have worked better for me if they had tied anything into brand knowledge – what does Bai do for people who drink it? Instead, it was all about brand awareness. I bet that some people will try it the next time they see it. But it would have been nice to know more about why they should.

The two things I consider when determining if each ad was good or not:

1) The target market and message,

2) Was the Super Bowl the right venue?

One of the issues with the venue situation is a large portion of the viewing population is watching the commercials at a party.

Therefore, some of the commercials that were strong and among people’s favorites, I rank low simply because they didn’t play well in a crowded noisy room.

Here are a few of my favorites:

Kia – Melissa McCarthy – This was entertaining and did a great job of relating the story with the product; Honda didn’t do that as well.

Honda, “Yearbooks.” This was entertaining, uplifting and memorable.

Mr. Clean – This was interesting. It caught people’s attention, but bordered on creepy until it got to the end. Then women enjoyed it – and they were the target market – while men still thought it was creepy.

T-Mobile – Unlimited – with Justin Bieber (and Gronk and TO). This was effective at reaching a younger demographic, and it was entertaining and reinforced the “unlimited” message that T-Mobile is using to differentiate themselves. It also encouraged audience involvement by sending in your own moves (again, younger demographic).

Wendy’s – This made my best and worst list. The commercial itself was silly and very short. It showed a man using a blow torch to unfreeze the frozen patties belonging to the ‘other guys’ while Foreigner’s Cold As Ice was playing (best part of the whole night was hearing that song!). The ad was not effective. However, it said to go to www.othr-guys.com. Once I did that, I couldn’t stop laughing. The web site was fantastically entertaining.

Fiji Water – Too esoteric for the Super Bowl.

Pistachios – Why? Just why? The elephant on the treadmill didn’t do anything to further the brand.

Intel – I don’t believe Tom Brady eats pancakes off the floor. I don’t even believe that Gisele lets him eat pancakes. It was expensive and pointless.

Notable – these were all well done. The issue came down to if people were at parties or watching at home. They didn’t play well in a party setting, but they are very effective in a quieter atmosphere.

3. 84 Lumber – They sent people to their website to ‘finish the journey’ but the website wasn’t working (at least for a while). Big NO-NO!

Here are a few of the ads I would say were successful this year:

Bai – Jentleman – With 100 million plus viewers, the Super Bowl is a great way to build brand equity and consumer awareness is the first step. Utilizing the “Bye Bye Bye” humor with Justin Timberlake and Christopher Walken—two very funny, likeable entertainers utilized to great effect—was a great way to plant that “ear worm” in consumers’ minds. There were lots of humor-driven ads, but I thought this one had humor that was perfectly executed to support but not overwhelm the brand’s message.

Budweiser – This lived up to the high expectations of probably the greatest Super Bowl advertiser of all time. It was a modern classic of advertising, and it was timely without courting quite the same level of backlash as some other brands. It had great early release results as well. No Clydesdales (wait—I take that back, they snuck them in!), no dogs, etc. and this was not the safest route—great ad.

Coke – America is Beautiful – Lesson: if you have great content, don’t be afraid to run it again here even if it’s not “new,” similar to the Always “Like a Girl” ad did a couple of years ago. This was first run at the Super Bowl back in 2014, but they used it again and it worked.

The Hyundai 90-second tribute to the military was a wonderful use of technology and tie-in to the game itself with the soldiers’ families there.

I think the advertisements for some of the movies (Logan, latest Pirates installment) were successful in that these are mainstream major releases and that’s exactly the audience they played for…I’m just impressed that the latest Fast & Furious has a chase with a submarine!

Losers? There really weren’t a whole lot of duds—I’d say that I did think the Snickers ‘live’ advertisement just fell flat after a lot of hype and pre-advertising (and expense). I thought the
Buick ad was actually OK, but was kind of derivative and a self-depreciating campaign which just isn’t my favorite. This was the first Super Bowl that KFC advertised, and if
“Colonel vs. Colonel” is the apex of its creative potential, they might want to go back to the sidelines.

The truth is that a lot of the ads will be losers in terms of probably not justifying a $5m price tag, plus production, pre-advertising, etc. costs. With about 70 or so ad slots and only a handful really standing out, most probably could have spent the money more effectively elsewhere. There were a lot of cell phones, cars, fast food, etc… but honestly, can most people remember them? And if they don’t stand out on the broadcast, they probably won’t get the viral bump over the next few days.