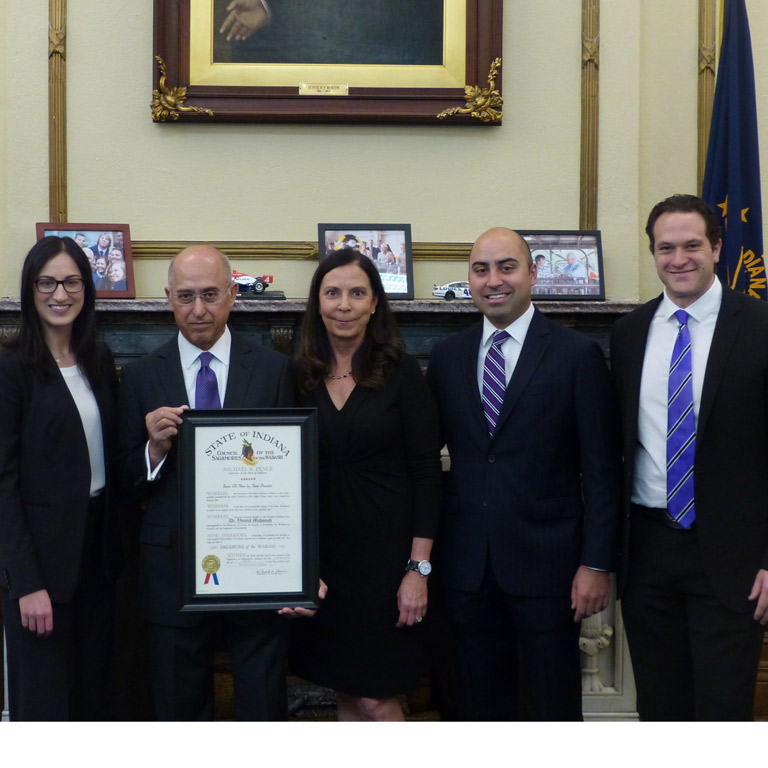 Yousuf Mahomed, MD, MBA’15, has been awarded the prestigious Sagamore of the Wabash award, after a decades-long career as a cardiothoracic surgeon and professor of surgery at the Indiana University School of Medicine.

The Sagamore of the Wabash is Indiana’s highest civilian honor bestowed by the governor. It is a tribute “usually given to those who have rendered a distinguished service to the state or the governor.” The term “sagamore” was used by Native American Indian tribes in northeastern United States to describe a person “to whom the true chief would look for wisdom and advice.”

On behalf of Indiana Governor Mike Pence, Congressman Larry Bucshon, MD, presented Dr. Mahomed with the award during a ceremony at the governor’s office. Mahomed’s family and friends were present for the occasion.

For more than three decades, Dr. Mahomed served as a professor of surgery and faculty member at the Indiana University School of Medicine, where he was one of the principle members of the team that started the cardiac transplant program and an early pioneer in minimally invasive cardiac surgery, arrhythmia surgery and beating heart surgery. He was responsible for training several generations of cardiothoracic surgical residents and mentoring medical students, many of whom are now leaders in their current roles. He also contributed to the cardiac surgical program at the Richard L. Roudebush VA Medical Center in Indianapolis, where he was dedicated to providing veterans the highest quality of cardiac care.

“I share this award with all those who have been my mentors, my advisors, my colleagues, my students, my patients and my family,” said Mahomed.

“His lifelong mission for teaching has directly and indirectly impacted the care that hundreds of thousands of Hoosiers have received,” said David Hormuth, MD, MBA’15, chief of cardiothoracic surgery at St. Mary’s Medical Center in Evansville, Indiana. Dr. Hormuth nominated Dr. Mahomed for the award.

“Dr. Mahomed has impacted the career choices of many surgical residents who represent our state in advanced surgical training programs throughout the United States. His charismatic leadership and personal dedication to quality patient care exemplify the meaning of surgical teacher,” added Hormuth. 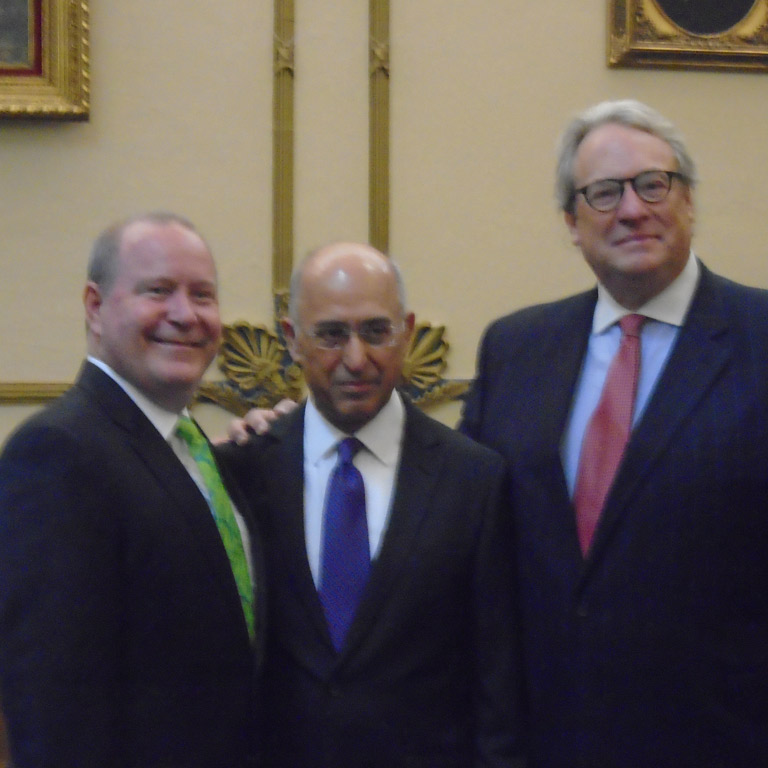 Mahomed remains actively involved with the Indiana University School of Medicine to this day. He also serves on many boards throughout the community and as a consultant. Mahomed also recently received his MBA through the Kelley Business of Medicine MBA Program: an experience he credits with transforming him both personally and professionally.

“As I look back at my career and continued education thus far, I take particular pride in the fact that I was given an opportunity to attend a top ranked business school that provided a curriculum crafted for physicians. It gave me the opportunity to refocus the direction of my career,” added Mahomed. “It also gave me the opportunity to develop critical, effective leadership skills and business skills to improve patient care while lowering costs, which is extremely helpful in the challenging environment of healthcare.”

“It’s given me great fulfillment and joy, and I know Indiana will continue to be richly served by the many excellent doctors I had a part in mentoring and training over the years. I feel honored to have been given that opportunity.”

The Sagamore of the Wabash Award was created during the term of Governor Ralph Gates, who served from 1945 to 1949.