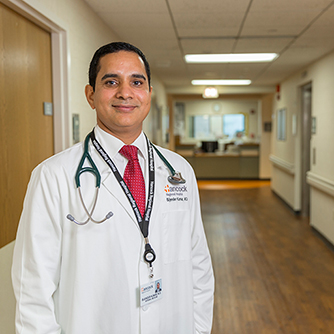 If you would have handed Dr. Bijender Kumar a pencil and pad of paper 20 years ago and asked him to write down where he’d be today, his mind wouldn’t have been able to comprehend what has achieved so far.

He is a physician, an educator, and a Kelley MBA.

In August 2016, Bijender, who immigrated to the United States from India when he was 29 years old, was one of 32 physicians who received a Business of Medicine MBA from Kelley Indianapolis.

The Kelley Physician MBA is a 21-month program that prepares physicians to succeed in dual roles as a patient advocate and business strategist.

Bijender’s path to that ceremonious day is nothing short of remarkable. His humbling story began thousands of miles away on a small farm in Haryana, India.

“I relish how a person who was born in extreme poverty in India can make it to this level. The fact that a person who came from what I came from can go to Kelley and sit in class with distinguished physicians is amazing. I was one of five sons, and we grew up dirt poor,” Bijender recalled of his days growing up in an impoverished village in northern India. 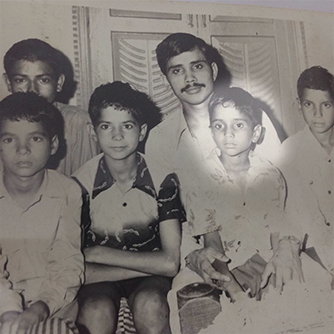 His schooling was rather informal. As he described, students would huddle on the floor around their teacher, who was the only person to have a chair. The building was deteriorating, missing its roof, and school would occasionally be canceled when a rainstorm blew through.

Despite the obstacles he was born into, Bijender dreamed bigger.

He received his M.D. from the University of Health Sciences in Rohtak, India and completed his residency in Toledo, Ohio. Bijender practiced medicine for more than a decade. His passion is to heal patients, but healing them isn’t enough; he also needs to advocate for them. After working in healthcare for 13 years, he came to the cold realization that critical decisions were being made on behalf of patients by those without medical backgrounds.

“I would go to meetings, and I would see administrators talking about patients not as people, but as numbers. That always bothered me,” said Bijender.

“A hospital isn’t a Burger King; it’s not Starbucks. A hospital is a hospital. We are not really counting dollars at the end of the day; we’re counting lives,” Bijender explained.

That’s when it clicked: He needed to further his education, not for himself, but for the patients. Bijender soon enrolled in the Kelley Business of Medicine MBA Program.

It’s at Kelley Indy where the curious, passionate physician from India gained business acumen. Skilled in the language of business, from finance and marketing, to leadership and team dynamics, a once penniless young boy from India grew into a well-rounded business leader. 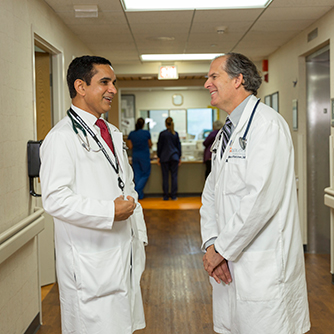 Subsequently, Bijender’s phone rang during spring 2016. It was Hancock Regional Hospital (located in Greenfield, Ind.) requesting an interview for a medical director position. It was his first interview for a leadership position, and he was offered the job on the spot.

“The Kelley School of Business gave me this honor,” Bijender said.

“I started the Physician MBA program as someone who didn’t know anything about business but was curious about the business of medicine. And, today, I’m a physician leader who can make positive change in healthcare,” Bijender said with a gleaming smile.

Weeks before completing his Kelley MBA, he began his new director position, leading a team of several doctors and nurses.

“In my new role, I’m taking the lead on the hospital’s communication,” Bijender explained, noting his desire to help implement Diagnotes, a HIPAA-compliant mobile app which improves communications and coordination among physicians and hospital staff.

“If we can utilize the Diagnotes software, it will improve quality of care and patient satisfaction, and I think we can definitely get patients out of the hospital sooner than what we are doing right now,” Bijender said.

In a matter of 21 months, an inquisitive physician without business knowledge is positioned to pilot change. If you would have told a young Bijender 20 years ago that he would be the medical director of his hospital, he wouldn’t have believed you.

But that’s the power of a passion and a Kelley MBA.