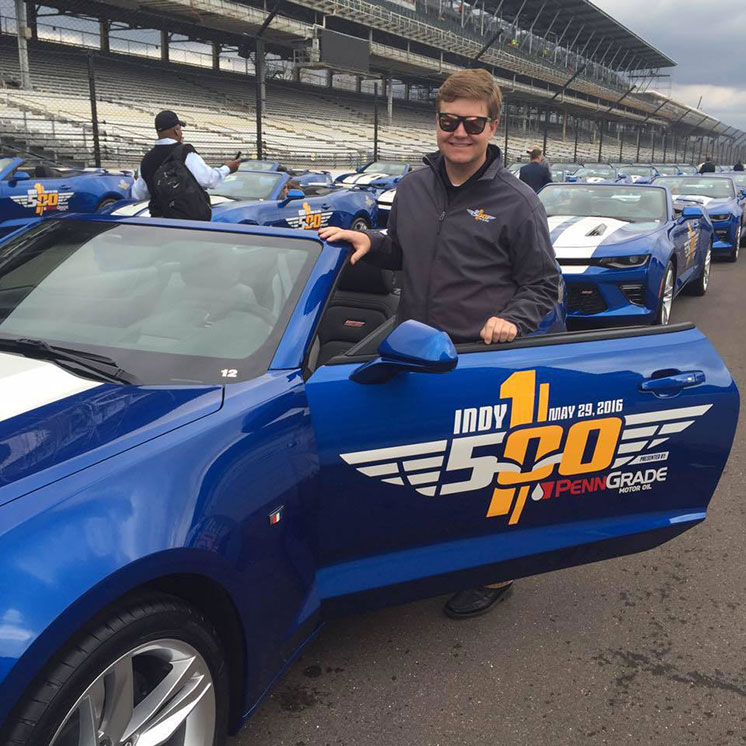 On Sunday, May 29, 2016, the world will hear the most famous words in racing, “Start your Engines” for the 100th time as part of one of the most historic sporting events many of us will see in our lifetime. Indianapolis will host the 100th Running of the Indianapolis 500 presented by PennGrade Motor Oil. This event, older than both the Super Bowl and the Master’s, is more than just a race; it is a deeply rooted tradition that is recognized all across the world as the Greatest Spectacle in Racing. This once in a lifetime event will be something you can’t afford to miss. The staff at the Indianapolis Motor Speedway is holding nothing back; we are putting everything we have into this month long event, leading up to that Sunday on Memorial Weekend.

When I was a junior at Kelley I enrolled in BUS-X255 Spain: The Business of Sports taught by professor Kim Donahue, a diehard sports fanatic. The class was geared toward the business side of sports and also included a trip to Barcelona and Madrid, Spain. As part of the class we had the opportunity to visit various sporting facilities around the city, of course one of them was the IMS. After that visit, I applied to be an intern in the Sales, Premium Services department. Within a month I was offered the position and began working the week our class was heading to Spain.

Not knowing what to expect we began to work toward executing the 99th Running of the Indianapolis 500. As May crept closer, it was starting to get real. Getting tickets out the door, preparing suites, and getting ready for what was about to happen was a daily ritual. Then it was time, it was actually happening and in a flash it had passed. Practice week, Fast Friday, Carb Day, Race Day, Victory Celebration, Done. At the end of the season I was given the opportunity to stay while I finished my senior year at Kelley to help plan for big one, the holy grail of racing, the 100th Running of the Indianapolis 500 Mile Race.

Working at the Racing Capital of the World for the past year has been the opportunity of a lifetime. It is so much more than just being an employee at the Indianapolis Motor Speedway; it’s being a part of a team, a group of people who support each other, and a family of people who work each year to create history. Simply put, my professional career would not be the same without the group of people at IMS that support me. The greatest part of working at the Indianapolis Motor Speedway is, not living the history, but creating the history for generations to follow. Here’s to the next 100 years.